I began at Masterson’s in January of 2004, making this my 15th year. I enjoy working in veterinary medicine and MVC helps fuel my passion. Family and friends are very important to me. I am happily married to my husband, Jason and we have two beautiful daughters, Tayli and Mea. We also have a Great Dane, Kane, whom we love very much. One of the best parts about working at MVC, is working with my mom, Diane. I have enjoyed my time working with this team and meeting great clients along the way. I look forward to seeing what the future holds for me! 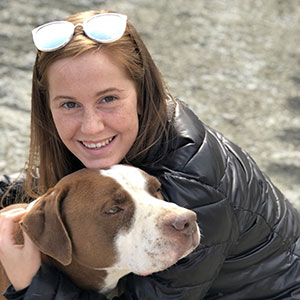 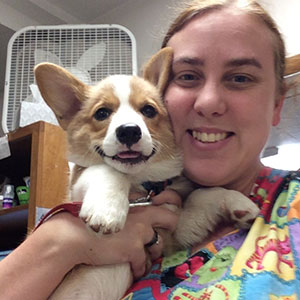 I am a 2007 graduate of Bradford and in 2008 I passed the VTNE and became a Registered Veterinary Technician. Pets have always been a huge part of my life and there’s nothing else I’d rather be doing. I am the crazy cat lady of the clinic but bring me a Pembroke Welsh Corgi and I’ll instantly fall in love! In my spare time I love to read, cross stitch, and spend time with my family and friends. I currently live in Lancaster with my husband, Randy, my son, Kain, and my 4 cats, Brian, Muffler, Sasuke, and Kaiba.

She is a Perry County transplant moving here with her family in 1973. She graduated from Sheridan High School, The Ohio State University, & Columbus State Community College. She also received certificates from Hocking College, Mid-East Career and Technology Centers, and Belmont Technical College.

My name is Diane and I started here in 1997. I have seen a lot of changes in veterinary medicine in that time, mostly for the better but sometimes old school still works:) I have had several dogs through the years but right now I have 2 beagles named Gus and Addy. We have had a few cats live at the clinic and I have did my very best to spoil them rotten. I feel like mom to most of the girls at the clinic but I am mom to the asst manager/receptionist Hilary.

Born and raised in Springfield Ohio with my Momma and 2 sisters(Amanda and Haleigh). Moved to Perry county in 2013 when I started working at Masterson's veterinary clinic. Mother of 2 children Hadley and Hudson, 8 fur kids; 2 dogs (Drogo and Arya), 4 cats(Carlisle/Felix/Declan/SteeringWheel) and 2 birds(Jonas and Forest).

When I’m not working I enjoy spending time with my kids and boyfriend(Dustin). Also I enjoy doing anything crafty (photography, painting, knitting, baking). We have also recently decided to help do our part and become a foster for pets needing homes.

What I love most about what I do is being an advocate for those pets who need it. Also those adorable puppy and kittens help lift my spirits.

I'm Melody Greiner, I have been a veterinary assistant for almost 35 years now. I love what I do and I am still learning new things all the time. Presently my main role is recovering patients after surgeries. I treat all the patients as if they are my own. I am a former Reserve Police Officer from the Upper Arlington Police Department in Columbus and a graduate of the Ohio Peace Officer Training Program held at the Upper Arlington Police Academy.

Outside of work I enjoy horseback riding and breeding and raising goats. I currently own 2 horses, 11 goats, 1 beloved Doberman, 2 rescued Beagles, 6 barn cats (that also like my garage), 2 rabbits and 2 ducks (Sheldon & Amy) named after two characters from one of my favorite TV shows, The Big Bang Theory.

I'm a kennel technician here at Masterson's Veterinary Clinic. I take care of and love all of the animals who are boarding or in for surgery, I hope they don't mind all of the extra hugs and kisses! I grew up and live in a small speck of a town called Oakfield here in Perry County. I have an amazing husband and two wonderful children who also love animals as much as I do. We currently have three dogs (Kody, Emilee, and Baxter), three cats (Sassy, Stormy, and Milo), twenty chickens and a rooster (they also have names, but I'm going to keep this short). Together as a family we love spending a lot of our time outdoors hiking, fishing, hunting, gardening, working on cars, and traveling. One of our favorite things to do is read books, I normally try read a book a day, my pups really enjoy any book the kids or I read out loud to them, be it mystery, romance, science-fiction, or childrens. 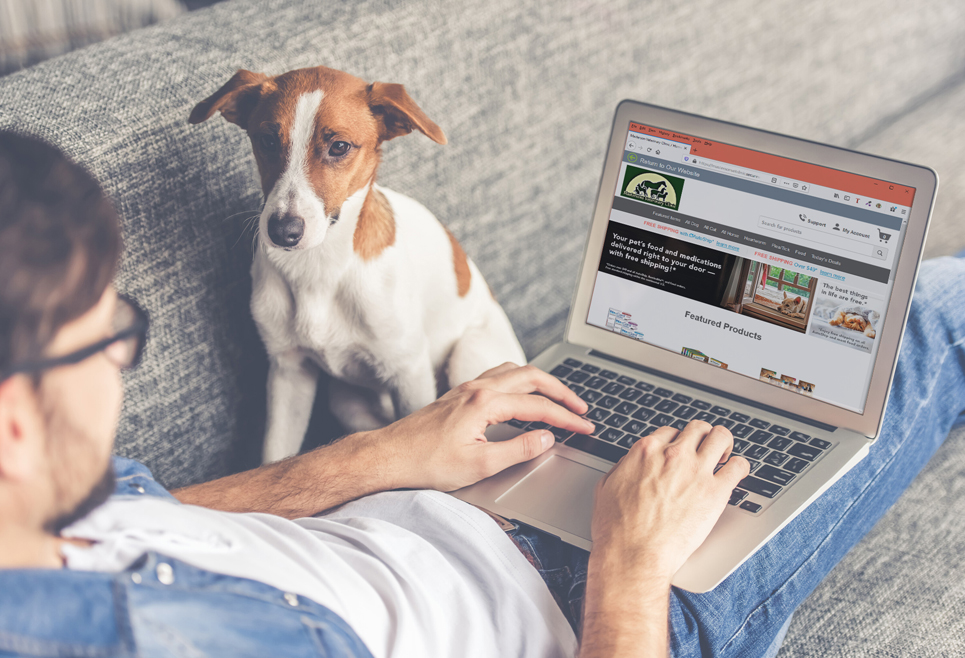 Check Out Our New Online Store

Your pet's food & medications delivered right to your door - with free shipping!*

*Orders over $49 and all AutoShip, Remind MESM, and food orders. Free standard shipping within the continental U.S.